Last Monday I was lucky enough to spend an evening at the European Space Agency in the Netherlands. I was part of a personal tour given by Dutch astronaut Andre Kuipers. Andre has completed 2 missions to the International Space Station (ISS) and has spent over 200 days in space. Perhaps not surprisingly I found myself in awe of Andre (I am very impressionable). He is in perfect physical form and positively oozes a vibe of serenity and intelligence. You can imagine him calmly telling Ground Control that the engine has died and he is going to have to land the craft with nothing more than elbow grease and spit, and yet still being successful. He also has that impressive capability many Dutch people possess of being able to slip seamlessly between English and Dutch mid-sentence (I did say I was very impressionable).

I confess to having a little bit of a man-crush. However, impressive though Andre is, the star of this story is Hidde Hoogcarspel, the man behind the astonishingly ambitious SpaceBuzz Foundation and the reason I was at the European Space Agency. 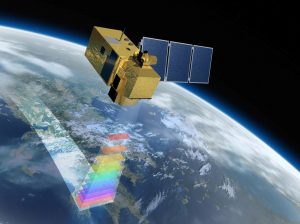 The ESA is an amazing place. Three thousand scientists and engineers working tirelessly to push forward our knowledge. I got to see stuff I could never have imagined, from novel space capsules to Mars robots. There is a huge model of the International Space Station hanging in one of the main theatres and this enables visitors to get an insight into just how magnificent, yet claustrophobic, life in space must be. The ISS orbits 400km above the earth. It has 6 permanent astronauts and is stretched out over an area the size of a football pitch. It has been orbiting the earth for 20 years and is comprised of 16 pressurized modules, each carefully and imaginatively named. Russia has Zarya and Zvezda. America’s modules include Harmony and Tranquility. Europe has just one, but its name (Columbus) was clearly chosen to carry the weight of history (and, I suspect, to remind the Americans that we may not have won the space race but Europe ‘discovered’ America so any victory they claim we also have a part in). Japan’s modules are called JEM-ELM-PS and JEM-PM. They clearly missed the memo on ‘how to name your module’, but everyone is too polite to mention it.

At a time when Brexit and Trump might lead us to believe that each country should plough its own furrow the ISS stands as a glorious example of what can be achieved when we work together. But is it worth it, I hear you ask.  All those billions spent on Space Exploration, couldn’t they be better spent? A quick google of ‘inventions we wouldn’t have without space travel’ gives the answer. Literally thousands of inventions owe their creation to the space programme. Teflon. Tick. Satnavs. Tick. CAT Scans. Tick. Ear thermometers. Eh??! Suffice to say, modern life would be very different without space exploration.

This December it will be 50 years since the iconic Earth Rise photo was taken. This was the first time people on earth saw Planet Earth as it truly is: a beautiful, fragile, speck of dust in the awesomeness of space. Astronauts regularly return from space changed. They go into space knowing all the facts about how precious our planet is, but they often return with a renewed perspective and passion for conservation. Our planet is a fragile, insubstantial, beautiful, speck in an unimaginably huge universe. We have sullied it with our manmade boundaries. They may be necessary to have functioning governments but they so often restrict our thinking when it comes to doing what is best for the whole planet.

This brings us neatly to the heart of the SpaceBuzz initiative. Hidde’s plan is to duplicate the ‘holistic earth’ experience that astronauts encounter and use it to inspire a generation. He intends to build 7000 Space Buses which will tour schools around the globe, reaching 250 million children (Hidde doesn’t lack ambition). The SpaceBuzz programme is aimed at the 9 – 11yr olds and will involve a series of ‘pre-flight’ interactive lessons, followed by a flight in one of the Space Buses (basically huge rockets installed with the latest VR technology that will provide the children with a powerful as-if-you-were-really-there experience). Hidde’s dream is to shift perceptions. Just as slavery is now seen as abhorrent he wants to encourage the next generation to see the world as a delicate, beautiful ecosystem that we cannot take for granted. The SpaceBuzz mantra is Excite, Experience, Educate. I briefly wondered if the SpaceBuzz programme was just another example of scientists getting off on one and being nerdy, but the programme has been carefully crafted to avoid this. Teachers can choose how to develop the ‘post-flight’ experience with their pupils, with options to explore either ecological (flora and fauna), technological (Science, Technology, Engineering and Maths) or humanitarian angles. The intention is that Isle, the business I work for, will work with Hidde and his team bring to life some of the water-related aspects of this education programme. If you want to help us, please let me know. The more the merrier.

The SpaceBuzz Foundation is supported by some big influential names (WWF, National Geographic, Isle J). If just 0.5% of the children who use it change their views then that is still an impressive 12.5 million people.  That’s enough to make a real difference. Working together we can preserve and protect our planet for future generations. Making the change through the careful design of an inspiring education programme isn’t a particularly new idea. You might even say that it isn’t rocket science.

You would be wrong.

This blog was written by Piers Clark, Executive Chairman of Isle Group. For more articles by Piers please visit http://notesfrompiers.blogspot.co.uk/ 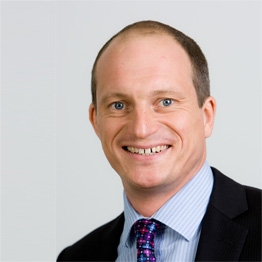