The Spanish Demo Case in Ground Truth 2.0 has its origin in the #FenoDato project.

In 2015, CREAF coordinated a local citizen science project designed to help scientists in the study of the effects of climate change on plants and animals. This science dissemination project, financed by the Spanish Foundation for Science and Technology, was particularly innovative since it used the Twitter platform to share and collect citizen observations. Hence its name: #FenoDato.

Citizens learned how to follow the rhythms of nature and to gather phenological data as evidence of climate change effects. Phenology is the study of the relationship between climate and changes in biological cycles of plants and animals. Some key moments in such cycles include florescence, the appearance of insects, and the migration of birds. It is very important for scientists to understand if these phenological phases are early or delayed. This information allows us to discover how plants and animals are responding to climatic changes. It also allows predictions for practical applications, such as the management of natural areas or crops. 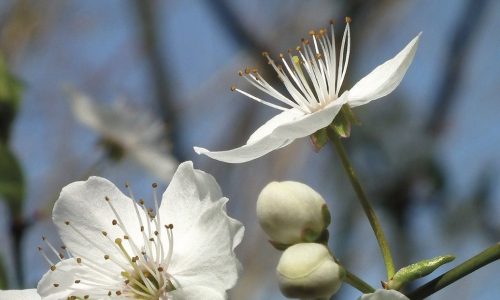 #FenoDato aimed to involve citizens in the observation and registration of the occurrence of such moments. Citizen involvement improves the temporal and geographical extent of the available information, which is crucial for obtaining trusted and valuable trends and conclusions about climate change effects. In the project, a set of plants and animals was selected to be monitored, which included apple trees, poppies and swallows. The collected data were used to make a map of observations according to community-oriented guidelines for open data.

In Ground Truth 2.0, the work done in #FenoDato has found its natural continuity and the possibility to evolve to a more ambitious initiative. Being part of the six Demo Cases, it will benefit from new approaches and methods in the co-design of the observatory. This will lead to a more reliable and functional observatory, thus increasing citizen participation in phenological observation. Common work in data policies and in the implementation of common guidelines and protocols will also help to increase the uptake of the observatory results facilitating joint decision-making processes and cooperative planning in climate change adaptation policies in Spain. Further objective is to provide input to feed large international and national phenology monitoring networks and to contribute to the Global Earth Observation System of Systems (GEOSS) to make this data available to environmental protection departments of governments around the world.

This blogpost was written by Ester Prat from CREAF. The project partners take turns. Come back next month for a blog by VITO!