During the course of the project, Gavagai has continued developing its text analysis toolkit. The tool mostly used in Ground Truth 2.0 is the Monitor (https://monitor.gavagai.se) which allows for keeping track of mentions of topics of interest in news and social media.

The other major tool developed by Gavagai is the Explorer (https://explorer.gavagai.se) which allows for interactive clustering of text sets of known interest, such as survey responses or customer feedback for e.g. market research purposes.

The latest addition to the Monitor was suggested by some of our Ground Truth 2.0 project partners and was introduced in the past year. Now, a given time period from the Monitor tracker can be exported into the Explorer for further interactive analysis, to discover themes or trends in a broad topic such as e.g. “Quality of Life”. This addition has great potential to increase the usefulness of the Monitor! 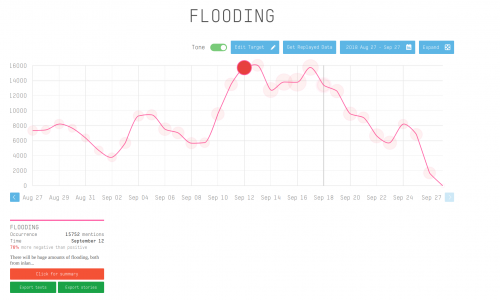 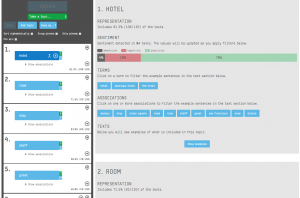 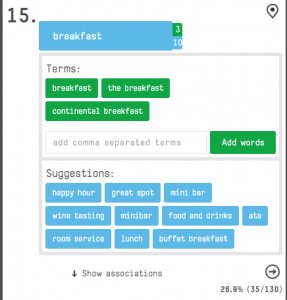 In other projects, both academic and commercial, we have found challenges in tracking public opinion by following mentions of a topic in news and social media. The media landscape is volatile and the value of public blog posts as a proxy for the opinions of the general population has been reduced as more and more discussions and debates move to closed group communication systems such as Snapchat, Signal, Telegram, Messenger, or WhatsApp. In market research we have seen a clear move towards reliance on prompted collected data rather than observed implicit data.

This trend might be of relevance for Ground Truth 2.0 as well: as well as citizen scientists can be active in collecting measurements and observations of external phenomena, they can collect expressions of opinion or arguments from their social context. This poses new and interesting methodological challenges of how the sample representativeness and potential biases can be analysed and modelled, but also great potential in finding very local argumentation on topics of local interest. Together with the demo cases, we intend to explore the possibility of extending the collection of data in Ground Truth 2.0 to human-generated material: opinions and arguments, attitudinally and topically analysed by our tools.

This blog post was written by Jussi Karlgren of Gavagai