On Monday, at IHE Delft in the Netherlands, we gave a webinar with an overview of the Ground Truth project and what to expect during the Ground Truth Week, both online and F2F. We were honoured by the presence of local stakeholders from the Maasai Mara Citizen Observatory who shared the relevance and importance of this citizen observatory for their local communities as well as for the students at Maasai Mara University (MMU). This session also marked launch of a video on MMCO workshop celebrating Ground Truth Week in Kenya – watch it here – with a mapathon for the MMU students and a field trip to the Mara Reserve.

Recording of the webinar, in English, can be found here. 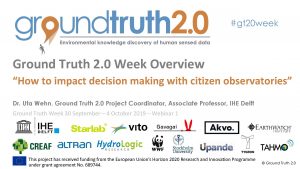 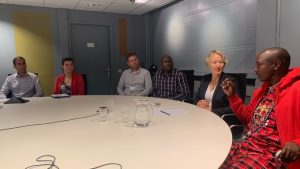 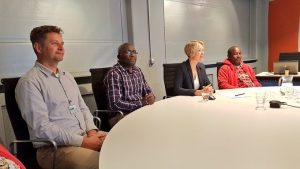 In Spain, RitmeNatura held a session focused on how to become a phenological observer to contribute to better knowledge on climate change. We had great talks that covered the main groups of species affected by our changing climate, like birds, butterflies and plants. The Meteorological Agency of Catalonia explained how valuable the historical phenology datasets are and explained how their Fenocat network of observers functions. And different initiatives like the Ritmenatura CO, Calendari Natural de Vallcarca and Natusfera applied to schools were explained. The session was attended by 83 people and specially relevant to teachers who got great ideas of how to use citizen science initiatives for scientific curricularactivities for students. 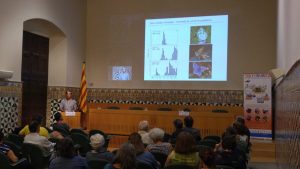 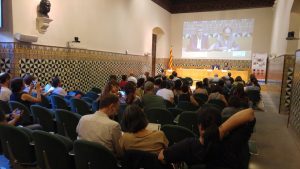 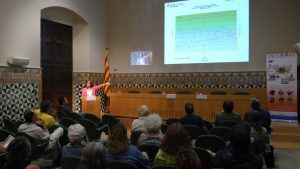 In Belgium, the Antwerp citizen observatory KlimaatRobuust held an event in which the first results of the heat stress measurement campaign were discussed. A heat stress modelling expert from VITO explained the scientific background to the data that had been collected at 17 points throughout the city, which varied in surface, amount of shadow and amount of greenery. The measurements were taken between June and August 2019 and only on days above 25 degrees Celsius, and the measurement unit was the Wet Bulb Globe Temperature (WBGT). The results showed a strong variation between areas with lots of trees and those with hard surfaces, even within five meters distance between points. The discussion on the results focussed on concrete recommendations for the city and the way it plans in neighbourhoods such as St. Andries, the area of the city where the citizen observatory is based. These key recommendations are shadow provided by trees, shaded pathways across open spaces and to create indoor and outdoor cool places in the city and communicate about these places, so that sensitive groups know where to go on a hot day. 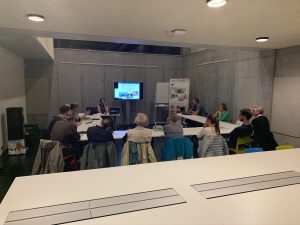 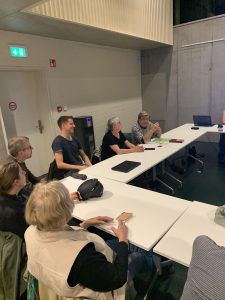 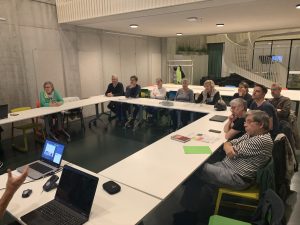